An Excerpt from ‘The Soul of the New Consumer’

From Chapter 1: From Abundance to authenticity: The rise of the new consumers

In the second half of the 20th Century, we have gradually learnt to talk and think of each other and ourselves less as workers, citizens, parents or teachers and more as consumers. Yiannis Gabriel and Tim Lang, The Unmanagable Consumer

American author and poet Shel Silverstein has coined the word Tesarac to describe those periods of history when momentous social and cultural changes occur. During a Tesarac, society becomes increasingly chaotic and confusing before reorganizing itself in ways that no one can accurately predict or easily anticipate. It is an era when, in the words of MIT’s Shelley Turkle: “Old things are dead or dying and one cannot make out what will happen next.”

Silverstein believes that the changes taking place as society travels through the Teserac are so profound that nobody born one side of this ‘wrinkle in time’ will ever be able to understand fully what life was like before it occurred. A similar view has been expressed by Peter Drucker who, in his book Post-Capitalist society, describes how, every few centuries, western society crosses what he terms a ‘divide’. He cites the changes that took place in eighteenth-century Europe when the center of communal life moved from the countryside into the city. Craft guild members became the dominant social group, scholarship abandoned isolated monasteries for new universities at the heart of urban life, Latin gave way to the vernacular and Dante laid the foundation stones of European literature. ‘Within a few short decades, society rearranges itself,’ says Drucker, ‘it’s world view; its basic values; its social and political structure; its arts; its key institutions. Fifty years later there is a new world. And the people born then cannot even imagine the world in which their grandparents lived and into which their own parents were born.’

We are passing through a Tesarac and cannot accurately predict what the outcome will be. What is already apparent, however, is that manufacturers and suppliers trapped on the wrong side of this wrinkle in time will find themselves increasingly overwhelmed by the vastness of the changes it portends. Their more flexible, better informed and astute competitors who have moved through the Tesarac and understand the nature of the new economy will be able to tap into the change and sweep onward to undreamed-of levels of success.

From Chapter 4: Tastespace, the ultimate mall

Outside Pheonix, Arizona, is a low-rise building flanked by verdant lawns and surrounded by a chainlink fence, which appears so similar to any of the city’s other high-tech office blocks that a casual passerby might easily mistake it for just another corporate headquarters.

All the gleaning windows are false and the structure is a concrete iceberg, mostly buried deep beneath the ground. Located directly beneath the Phoenix airport flight path, it was designed to withstand the direct impact of a crashing jumbo jet.

That apparently ordinary chain link fencing would stop an assault by a speeding car; the vehicle would simply bounce straight back off it. Should some more powerful intruders, such as terrorists driving a tank, manage to penetrate the outer defences, they would be in for a shock. The neatly manicure lawns cover deep, concrete lined trenches into which the trespassers would plunge.

What extraordinary secrets could demand such a high level of costly and intricate defences? Nuclear missiles or the designs for a new stealth bomber?

The surprising answer is something far less warlike and, in many ways, considerably more valuable – detailed information on the spending habits of millions of American Express card holders around the world.

This is the AMEX decision sciences Centre, worldwide computer HQ for the American Express organisation and the place in which data on every one of its members is stored. The building’s mainframe computers know just about everything there is to know about the members: where they most like to shop, what and when they most frequently purchase, the destinations to which they travel on business or pleasure and they’re preferred means of transport, the restaurants that patronise, and even the economic conditions of their home countries.

By making use of this detailed personal information, American Express is able to make its members offers they find hard to refuse. Precisely targeted mailings are sent to groups of carefully selected card owners, encouraging them to invest some scarcest time and attention by ensuring that each precisely corresponds to their individual interests. ‘this moves us closer true micro marketing,’ notes Daniel Miller, of University College, London. ‘some offers have gone to have as few as 20 people.’ 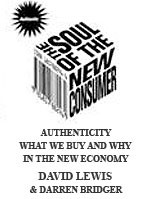 Buy in paperback:
UK | US 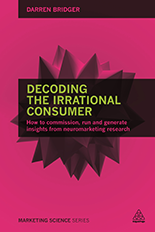 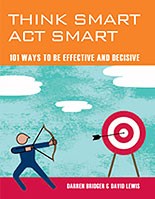